For the first club meeting of June, we hand the hosting duties over to an old friend of OVFM, Ron Prosser! 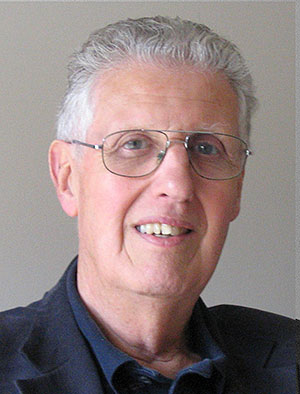 Ron Prosser (FACI) has a storied career in filmmaking spanning 65 years, cutting his teeth professionally with Hollybush Films in a number of roles, including the shooting, editing and presenting of corporate films. For this session, he will deliver a programme entitled “‘Selected Films from Celluloid to Digital” which will no doubt see him delve into his deep archive of films to entertain us, as well as regaling us with stories behind the making of these films.

Ron shares this preview with us:

“Film has been a passion for me since childhood and it was in 1954 that I bought my first cine camera, a 9.5mm Dekko Motocamera, a 15th birthday present to myself spending £22 – two years earnings as a butcher’s delivery boy.

I joined the  ‘Crawley Film Unit’ and progressed onto 16mm, making films in this gauge including corporate and educational films for Hollybush Motion Pictures. Circumstances then brought me to 8mm, both standard and super, during which time I achieved a number of successes in the “Amateur Cine World’s” Ten Best competition.

Turning to video and then to digital, which was achieving better quality pictures and had become easier to edit, with the advent of nonlinear editing, I made “Rose” as my debut into this brave new medium. This did extremely well in International Festivals including a ‘Guernsey Lily’ and a Bronze UNICA award, both of which I am extremely proud.

Many other films followed including “Letters from the Front” which gained successes in County, Regional, National and International competitions.

So, it is a privilege to share with you a selection of films tonight.”

The event will be taking place via Zoom so look out for an email from secretary Barbara J. Darby containing the link 24 hours before the date in question.