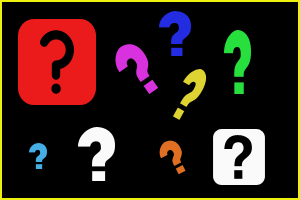 Normally this post is about explaining what is going to be happening for our next club meeting but that isn’t possible this time round. Why? Because it is a surprise! And the thing about surprises is that if you know about them beforehand then it is no longer a surprise.

One thing I can reveal to you though, is that the meeting will be held at a different venue for this surprise to be delivered. It is being held in Otford, a place we all know so well through Barbara Darby’s films, which is located over there somewhere. This may be a bit of a drive for most of us but not for the Kemsing Mafia since this is their manor, so it makes a change for them to not have the long ride home.

The evening will be split into two halves, the first with our chairman-woman Jane Oliver running the show then she’ll hand over the reins to a special guest, whose identity is – you guessed it – a surprise. Rumours that it might be legendary Swedish auteur Ingmar Bergman are unfounded, largely because he died in 2007, so it is more likely to be someone else.

So, get your A to Z’s out, fire up the sat navs and point them towards Otford (the exact address has been e-mailed to everyone and can be found in the latest edition of the Viewfinder) in time for next Tuesday to discover what the big surprise is. And if you aren’t satisfied with it, Jane will personally refund your petrol money!*

* Or she might tell you to get stuffed – I’m not a mind reader!