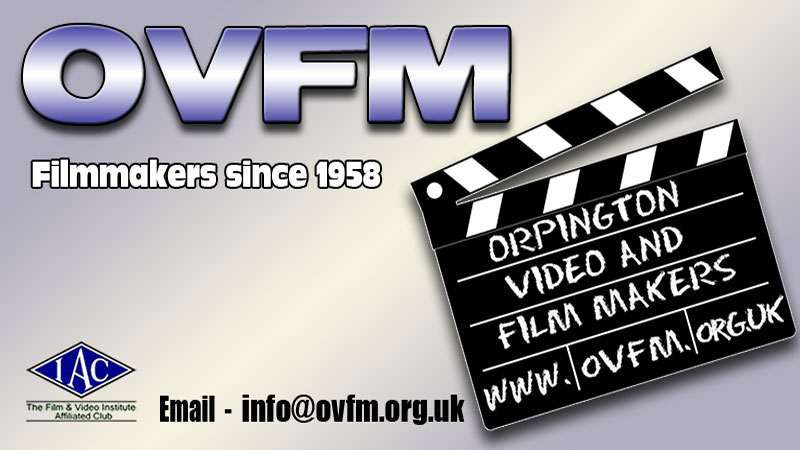 Club films are made by groups including experts and “novices”, we run annual in-house competitions but also encourage members to take part in regular Films to a Theme project which are not competitive, along with one night practical evenings, based on an idea or particular filming technique, like green screen or improvising with props.

It’s a double header evening for the next meeting, as we’ll be dividing the session into two halves. In the second half we hope to have a Q & A discussion to people a chance to ask that burning question and get a helpful answer from our knowledgeable experts. Before that we have some […]

NON-VERBAL   We appreciate the fact that we announced this project just last month (don’t look at me, I don’t make the programme) which hasn’t given you much time for everyone to get your creative juices going or your films made but hopefully some of you have been inspired to put something together for […]

TABLE TOP FILMING For this session, it is time to get the cameras out again and do some more filming, this time scaling things down a bit to try our hand at table top filming! What’s that you ask? Well, rather than me explain it to you, I’ll let John Bunce have that honour. Take […]

FILM TO A THEME PROJECT – NOTICE

NON VERBAL   Sorry to break the peace and quiet but since our last Film To A Theme Project the committee have decided to throw another one our way. This time the theme is Non Verbal. In case this sounds like a daunting topic, remember cinema had existed for nearly 30 years before sound […]

TIM JONES A familiar face to OVFM club members old and new, we weclome Tim Jones, son of Colin, back for another stint as Guest Speaker.   Whilst newer club members will know Tim from his previous presentations, for the senior members Tim will be remembered as a fully paid up member of OVFM […]

OVFM Autumn Film Show 2019 One of the most important dates in the OVFM calendar is our annual Autumn Show where we share the fruits of our labours from a year of busy filmmaking, along with some gems from our archive with the public. As the nights are getting darker and colder you’ll need something to brighten […]

Okay folks we are ready for the second round of the TOP TEN 2019 competition! The first round was rather interesting as the turnout of just 15 people and eight entries meant there were fewer options for choosing people to make comments. Hopefully, this time will be different. For those of you absent last […]

POEM   The time has arrived to share with us the fruits of your labours as we screen your films made to a poem. We announced this project a couple of months ago so you’ve had plenty of time to retrieve that dusty old book of sonnets from the back of the wardrobe, or […]